The new generation of turbocharged engines replacing naturally aspirated powerplants, left some people feeling as though the glory days of cars were over. Smaller engines being pepped up with a bolt-on turbocharger to help bridge the capacity gap initially seemed underwhelming and lacklustre. One of the complaints (again) from the performance M purist is the loss of the lovely high revving V10 S85. “There’s no way the V8 turbo will rev like that darn V10.” Well, the truth might surprise you. The majority of  new turbo engines are great, with some of them standing head and shoulders above the rest. Enter theS63TU.

This is the internal code for the heart of the F1X M5/M6 & the X5M/X6M. For the first time a high-revving 4.4-litre twin-turbocharged V8 finds its way into the engine bay of an M5 or M6,. BMW M TwinPower Turbo technology, twin-scroll turbochargers, high-precision direct fuel injection, VALVETRONIC variable valve control and a cross-bank exhaust manifold guarantees legendary BMW M-car thrust with seamless lag-free power delivery from just off idle.

This engine is truly a gem with new Mahle pistons (compression ratio = 10) and a newly designed crankshaft and twin Garrett MGT2260DSLs, boosting at a peak of 1.5 bar with factory software making a monstrous rated output of 412 kW and 680N.m. Which, as all the tuners know, is not quite accurate, but we will get back to that later.  For BMW M5 F10 Competition Package and M6 F13 Competition Package the power of S63TU increases to 423 kW Special editions such as the 30 Jahr Edition and the Pure Metal had 441 kW and 700 N.m. These increases came purely from factory re-calibration of the ECU as the engine hardware across all derivatives is identical.

OK so let’s assume you have taken your vehicle to the incredible BMW workshop of the 357 and Sanjay and his specialist team. And that they have addressed all these issues. Well now it’s a party. Time to unleash those hidden ponies BMW have been keeping for the special edition models.  Let’s start with the biggest bang for buck on this engine. Software. Comes in various stages: 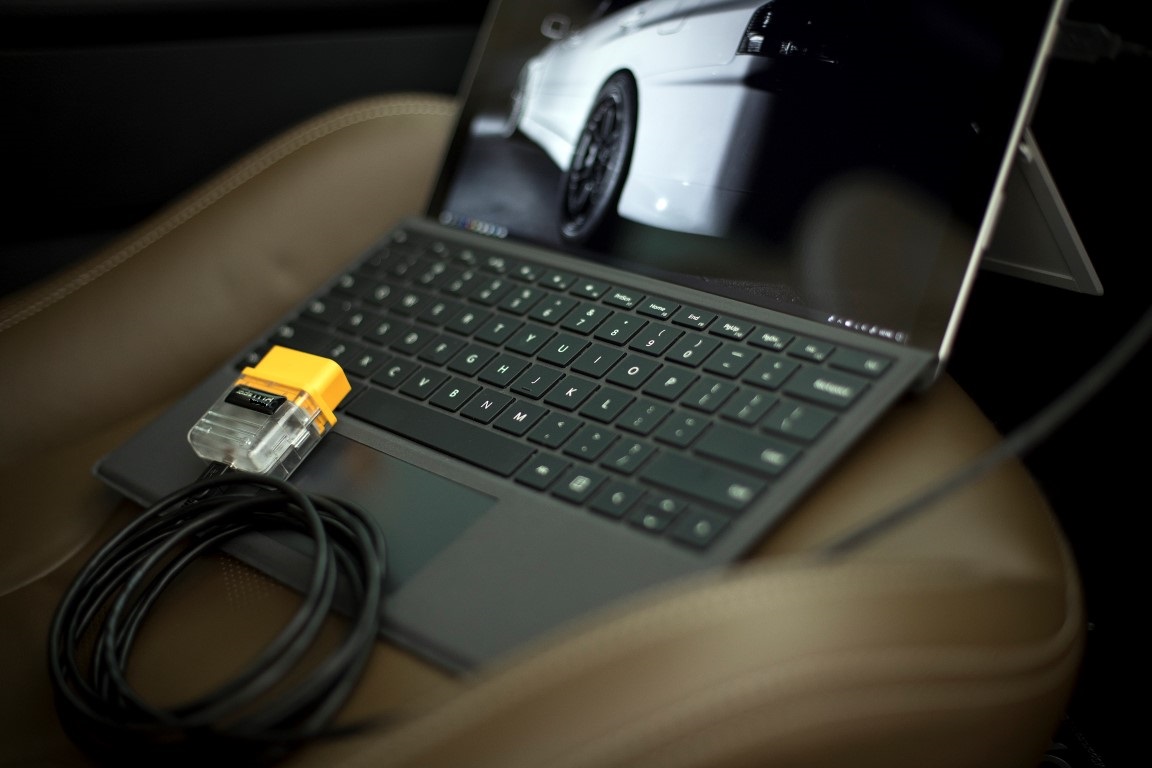 Stage I is for lightly modified vehicles without changes to the primary catalysts. Typically makes around 50-60 kW and 90-110 N.m more on pump fuel – 95RON.

Stage II is tailored to vehicles that have changes to the primary cats – such as catless downpipes. Stage II software gains are between 70 85 kW more and 120-140 N.m more on pump fuel.

This is a graph of one of our customers with a stage II map on an M5. Can you say Table Mountain? 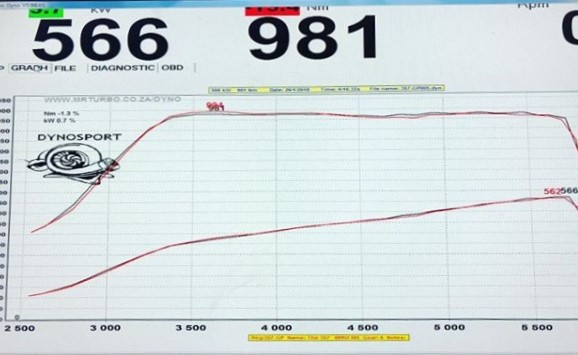 For any further stage of software there need to be more power-inducing toys added under the hood. And the more of that you add, and the more the need for custom mapping becomes.

For basic hardware, the stage II tuning will work fine. These include, complete custom free flow exhaust systems as can be done at X-Flow Exhaust, the 357 and PowerPipes Performance Garage. Or also a slip on back boxes like these which will mostly just amplify the sound and growl of the V8. 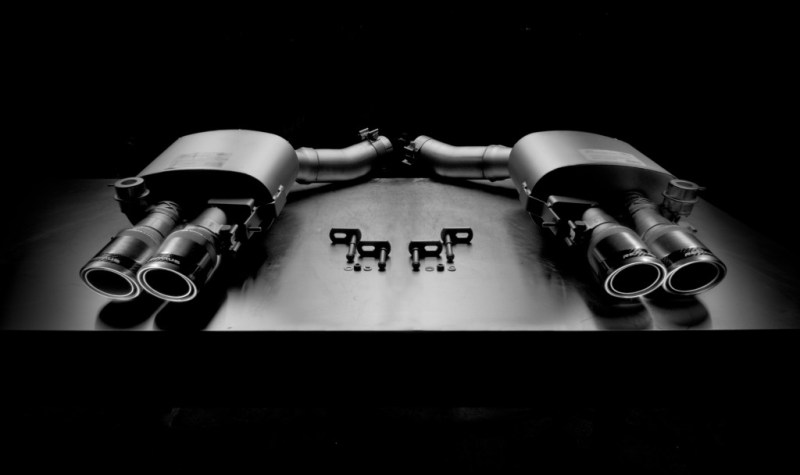 Aftermarket intakes can increase airflow by either replacing the factory drop-in filters with higher flowing units or fitting a complete new intake system with large diameter pipes. This has the effect of reducing restrictions in the factory system and can increase the horsepower, especially at high rpm. Xcede and X-Flow are agents for the Eventuri intakes shown below if you want to impress the petrol attendants at Shell. OCD Worx are also able to build you a custom intake system guaranteed to flow more air than Hurricane Katrina at a great price point. 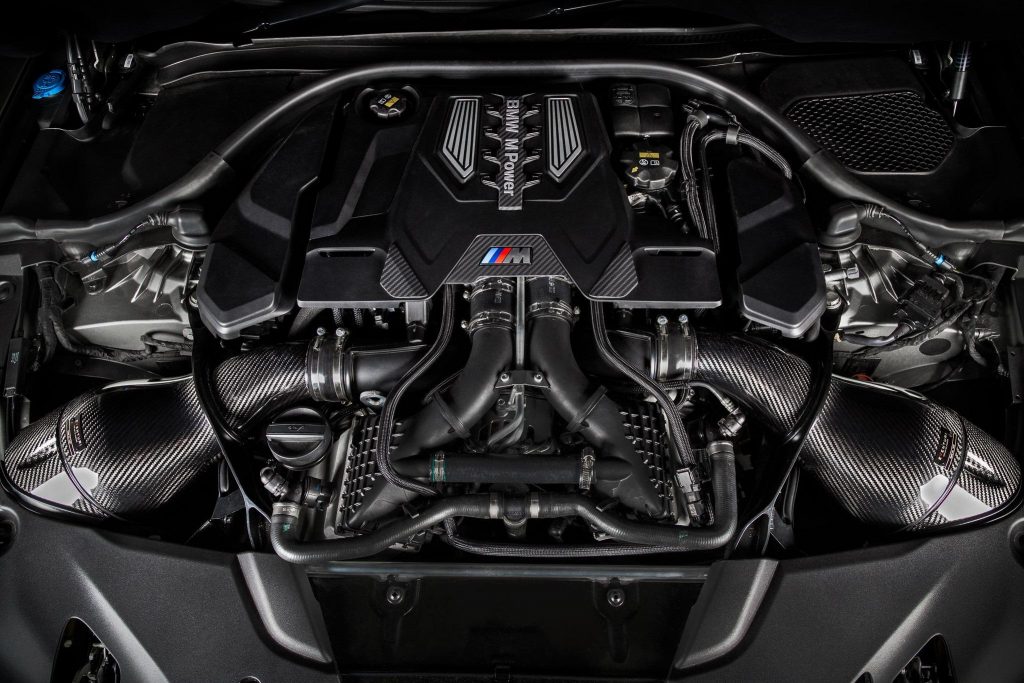 The other Achilles heel of the S63TU is the heating. It tends to retain heat and lose performance from heat soak relatively easily. Various ways to address this issue include larger after-market charge coolers and the infamous water injection. Although no-one really injects water anymore, so we shall call it meth injection. Loads of people interchange the merits of increasing the cooling capacity with larger and better quality charger coolers and the cooling benefits of meth-injection. Sure their respective benefits do overlap a shade, but they are fundamentally different in the functions they perform.

The coolers are relatively easy to understand. They reduce the intake charge temperatures and improve resistance to heat soak via increased efficiency of their cores and their larger size (typically 40-60% larger cores). This results in more consistent power when pushing the vehicle. Once again, Xcede & X-Flow are agents for CSF charge coolers. 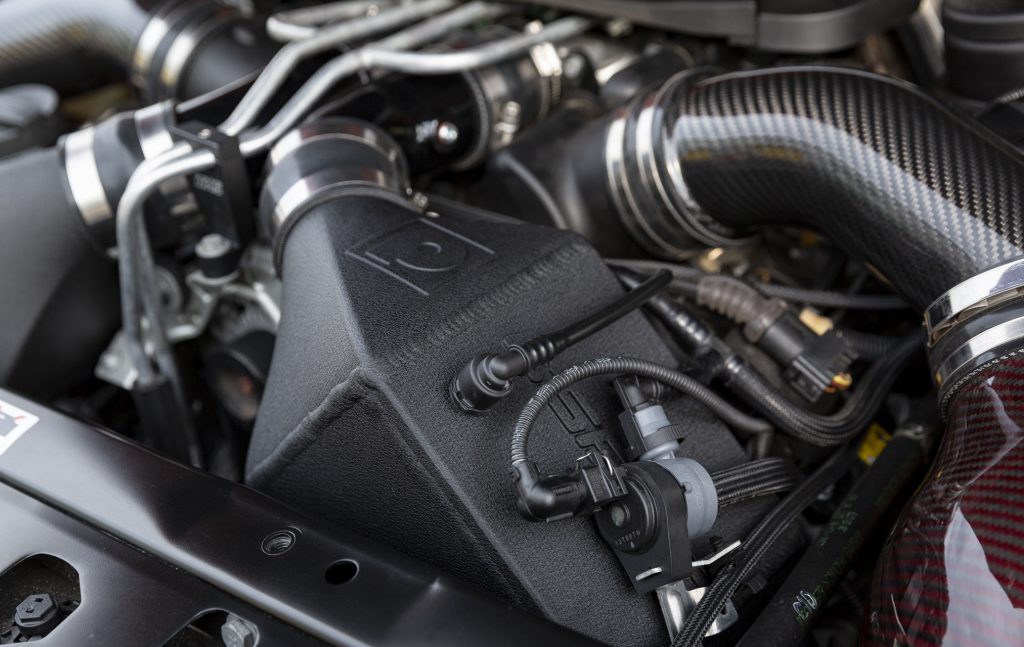 Methanol injection also lowers the intake temps. It does so by injecting a fine atomising mist of methanol which absorbs some of the heat from your intake charge via the latent heat of vaporization.

But what meth injection does that charge cooler cannot do is increase the effective octane level. Methanol is around 118 RON and the cooler, denser intake charge also reduces the chances of detonation. The combination of these two advantages can allow you to safely increase timing and boost on your engine and make more power! But with the additional hassle of having to fill a tank with meth, check the lines from time to time, purge the lines when they occasionally get air into them (mostly from fiddling around), and testing and fine tuning the nozzle size to get the optimum flow of meth. And then, when you are racing and need it the most, chances are it’s not gonna spray. But you can easily alleviate that by ensuring you have your system installed, fined tuned and tested by specialists who have done countless water-meth installations to great effect. Once again the team at the 357 are 2nd to none when it comes to this kind of installation.

Oh sorry, wrong pic for meth injection. Here it is: 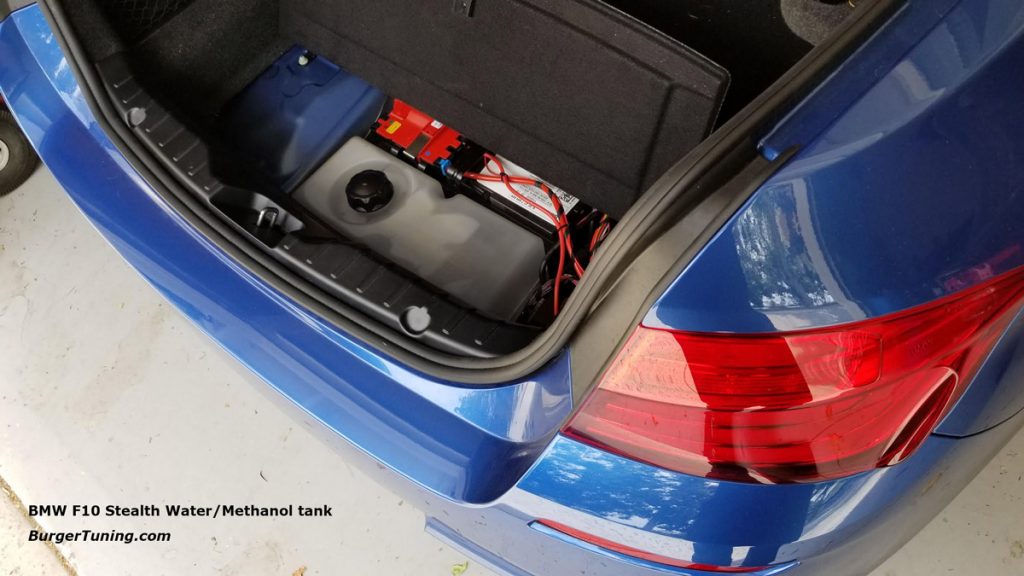 Burger Tuning have awesome Stealth Tanks so that you can have full use of your boot without having the taste of methanol in your bread. Xcede are agents for Burger Motorsport and can bring these in, in addition to the awesome JB4 piggyback unit. This versatile unit can control the meth, with integrated meth flow and meth safety mechanisms, and allow for map switching and logging of the engine parameters off your mobile phone. A very handy device and a must if you want to push maximum power from this engine.

At this point of the power crusade two stumbling blocks will cross your path.

1.The clutches will start slipping once you pass 1.7 bar of boost pressure, although this number can vary depending on numerous factors.

2.The issue is that 1.7 bar+ of boost requires a certain amount of fuel in order to mix in the appropriate ratio for the optimum burn. The stock fueling system will not be keep up at that level, especially if you want to run high percentages of ethanol/fuel mixtures.

So then a decision needs to be made should you decide to cross this barrier. A further injection of money is required to address those issues, but not to worry. Xcede, together with the 357 have done many S63TU engines at that level. And we will cover that in the next chapter of S63 TU tuning. Thus ensuring you don’t need to turn down anything …